In the early 1940s Procter & Gamble began a research program to find ingredients that, when added to a toothpaste, would reduce tooth decay. At that time, Americans developed an estimated 700 million cavities a year, making dental disease one of the most prevalent U.S. health problems.

In 1950, Procter & Gamble formed a joint research project team headed by Dr. Joseph Muhler at Indiana University to develop and test a new toothpaste with fluoride. Eventual exciting results from a clinical study of this toothpaste indicated that children ages six to 16 showed an average 49% reduction in cavities, and adults showed tooth decay reduction to almost the same degree.

In 1960, the American Dental Association confirmed that Crest effectively prevents tooth decay. And by 1962, Crest had become the best-selling toothpaste in the United States.

Crest has been a leader in dental health innovations since its inception in 1955 providing healthy, beautiful smiles to families across the country. Crest White Smile was launched in 2018 as part of an experiment in P&G GrowthWorks accelerator.

The brand was the first to market in-home teeth whitening. Fast forward to today, the brand faces intense competition leading to 2X cost of traffic IYA. The brand is highly focused on ensuring the online experience is frictionless to increase revenue per visit for the incoming traffic.

79% of total traffic on Crest White Smile comes from mobile but revenue per visit is 52% less than desktop revenue per visit.  In the industry, this is referred to as the “mobile revenue gap.”

While the percentage of mobile shoppers grows year-over-year, conversion is lagging further and further behind. A recent study concluded 69% percent of consumers are using mobile for their shopping search, yet mobile conversions average only 25% of all purchases.

A major flaw with mobile responsive site design is it simply resizes the desktop site content for mobile. The consumer experience remains virtually the same, though the needs, preferences, and behavior of mobile shoppers is different. All of this created -69% mobile revenue gap for Crest.

Obviyo’s growth marketing platform provides a fully integrated data platform, personalization, and experience optimization capabilities. In this case Oral-B team was using the optimization features of the platform that enable large scale experimentation with many A/B tests running in parallel with the use of adaptive algorithms.

To reduce its mobile revenue gap Crest decided to focus first on product detail pages and experiment with multiple hypotheses with the goal of improving the mobile shopping experience. This approach enabled the Crest team to quantify mobile shoppers’ reactions to each individual change on the page . At the same time, the team was able to measure how multiple design changes perform together as an ensemble.

The adaptive algorithms that intelligently allocate more traffic to winning treatments were minimizing, if not completely eliminating the risk of experimentation, while at the same time accelerating time-to-results. 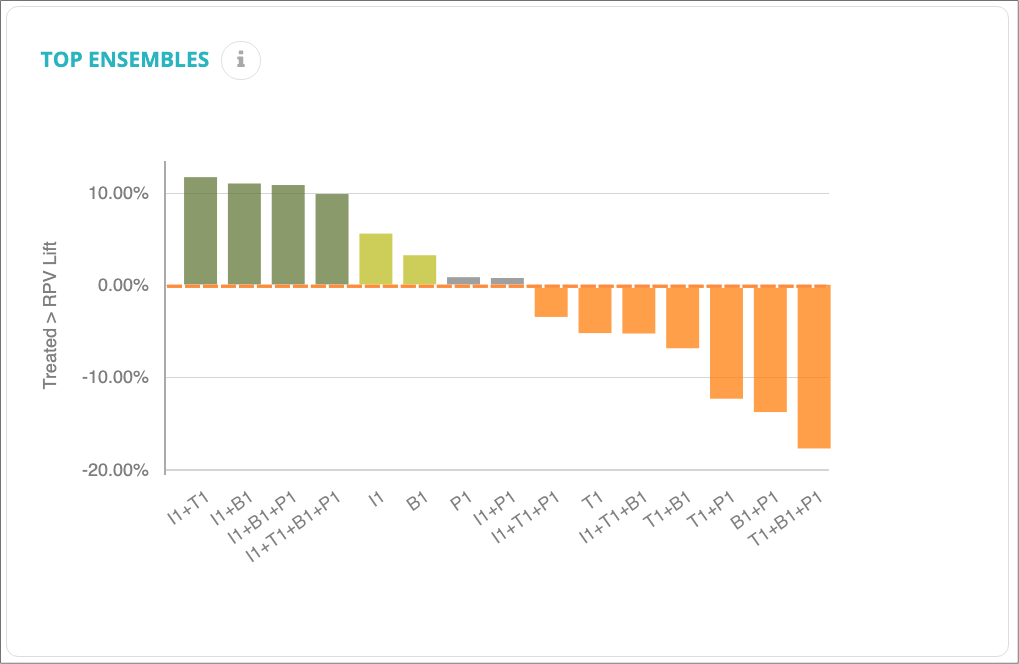 To close the mobile revenue gap, merchant teams must go beyond responsive site design. They must optimize for mobile specific buying experiences.

With Obviyo’s growth marketing platform Crest is able to effectively optimize every aspect of the customer buying experience.

As a result, they’re significantly increasing conversion rates and revenue-per-visit (RPV) while empowering their business teams to experiment and continually innovate.

“Obviyo helped us identify potential improvement areas on our mobile PDPs based on engagement data collected on our site. Their platform enabled us to quickly test multiple hypothesis at once, and we concluded the experiment with a better optimized mobile PDP and learnings to apply to our next round of testing.”