By segmenting their audience into smaller groups then targeting each group with offers based on personal interests and online behavior, Kiehl’s provided their visitors with choices that improved experiences along the consideration path and ultimately produced more revenue for the brand.

In 1921 Irving Morse, a former apprentice who had studied pharmacology at Columbia University, purchased the store. Morse was involved in developing many of Kiehl’s products that are still popular today; including Blue Astringent Herbal Lotion and Creme de Corps.

Irving’s son, Aaron Morse, was credited for propelling Kiehl’s from obscurity in the 1950s to international recognition in the 1980s as an upscale natural cosmetics shop. Aaron transitioned the store from traditional pharmaceuticals towards skin care lines.

From 1988 to 2000, Jami Morse Heidegger, Aaron’s daughter, operated Kiehl’s. Maintaining Kiehl’s as a single store, but selling their products through high-end retail stores.

In April 2000, L’Oréal, the French beauty and cosmetics company, acquired Kiehl’s which enabled a rapid growth of the brand that now has more than 1,250 points of sale, including kiehls.com – an exceptionally popular online retail destination. 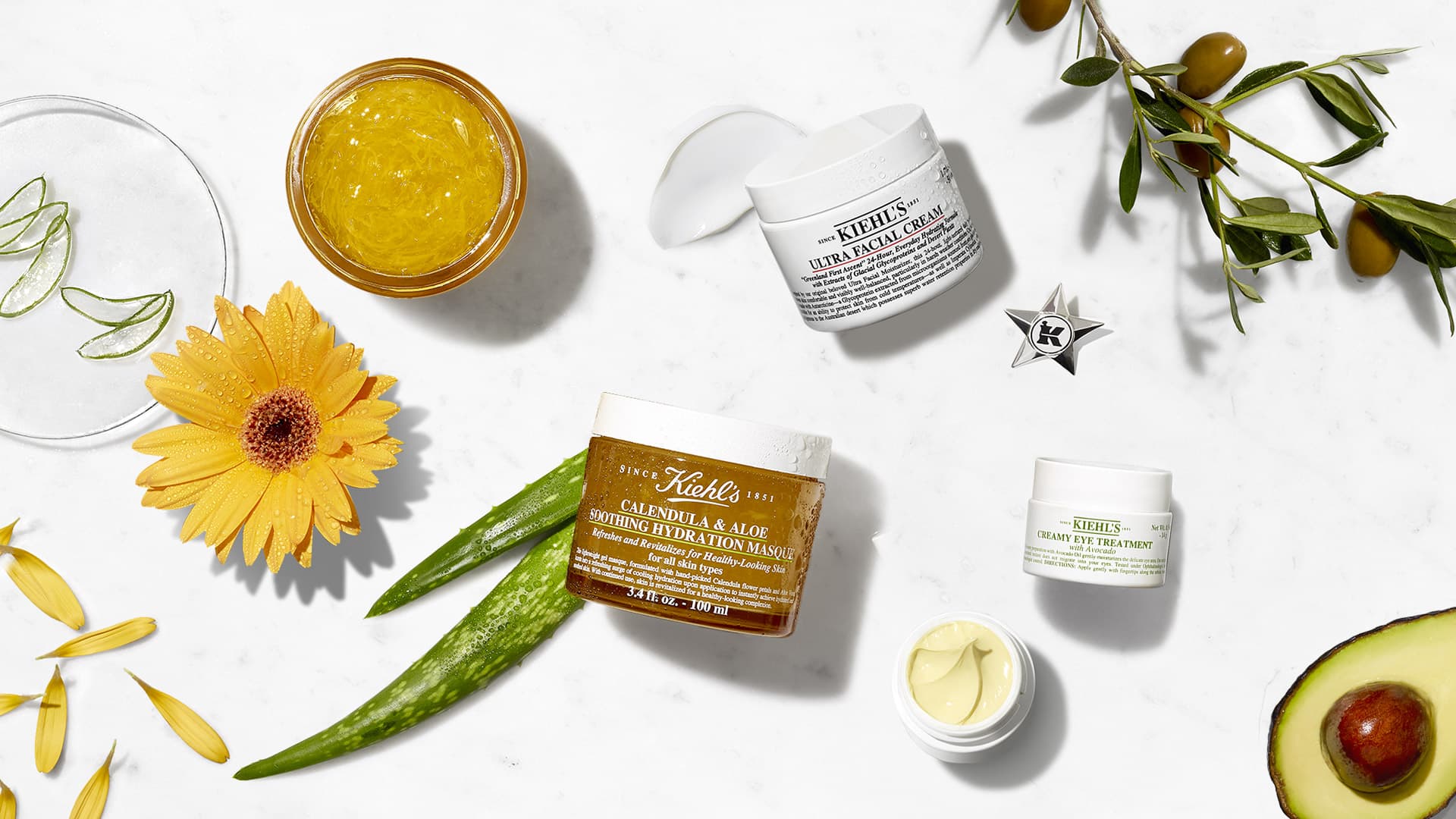 Many of Kiehl’s skincare and body products are specially formulated to complement one-another as part of a total solution. Together, these products comprise the perfect routine for healthy-looking skin. However, many of Kiehl’s best customers were unaware of the benefits of bundling the individual products that they love.

In order to align shoppers with the skincare routines and product collections that mattered most to them, the eCommerce team at Kiehl’s partnered with Obviyo to execute a personalization campaign that would:

The Kiehl’s team knew that a high level of customer empowerment required a solution that was capable of handling multiple content variables, pages, and goals simultaneously. In order to achieve their objectives, the brand turned to visitor targeting and site personalization.

First, Kiehl’s split shoppers into groups based on their status (new or returning) and interest in either Product Line A or Product Line B. For new visitors, interests were implied based on search engine keywords. For registered customers, Kiehl’s used profile data to measure affinity toward either product category.

Visitors in each of the four segments were targeted with one banner on the home page. Their experiences were then further shaped by their response to each offer:

The entire process was dynamically managed by personalization algorithms that were adapting to visitor preferences in real time.

By segmenting their audience into smaller groups then targeting each shopper with banners based on personal interests and online behavior, Kiehl’s empowered their visitors with choices that could drive their experiences along the consideration path. This two-dimensional approach allowed Kiehl’s to identify the most relevant offer for each customer class, resulting in an overall RPV lift of 11.59% relative to the control.

Segmenting their audience into distinct groups gave Kiehl’s a clear view of the impact that each customer type has on bottom-line revenue, allowing them to identify the most valuable audiences. 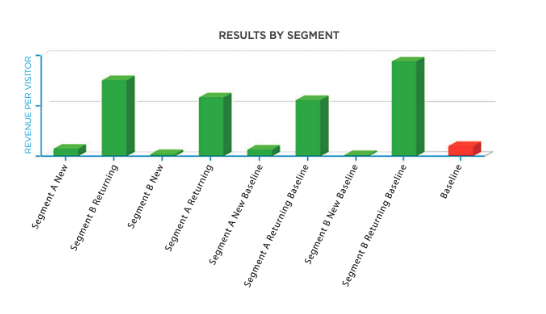 With Obviyo, Kiehl’s had the technical prowess to handle multiple possible outcomes based on visitors’ reactions to different offers. Each of these reactions constituted a consideration path.

Each consideration path was tracked, allowing Kiehl’s to identify which overall web experience resulted in the highest overall revenue lift.

Obviyo’s in-depth campaign reporting went well beyond simply describing which banner won. These results detail the performance of each consideration path, highlighting the significant impact of shaping the customer journey across the entire sales funnel.

By segmenting their audience into smaller groups then targeting each group with offers based on personal interests and online behavior, Kiehl’s provided their visitors with choices that improved experiences along the consideration path and ultimately produced more revenue for the brand.

As a result, they significantly increased visitor revenue-per-visit (RPV), while learning about their customers’ unique preferences. 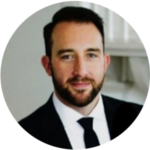 “Partnering with HiConversion enabled Kiehl’s to combine visitor segmentation and onsite behavior to experiment with a broad spectrum of customer consideration paths. The end result was a better understanding of the decision-making process and a significant improvement in desired outcomes.”